What's This All About?

The Analog Listening Lounge began as a special program at Webster University in 2010 and 2011. It was a three day exhibit presented at the Audio Engineering Society's Central Region Student Summit, an annual mini-convention hosted by the Webster University AES Student Section and the Saint Louis AES Section.

The following information was distributed to students who visited the Lounge:

Lewis Frisch's interest in audio equipment began in the summers of 1963 and 1964 when he spent much of his time at a small Connecticut radio station that was equipped with production gear from Bell, Viking, EICO, Dynaco, Acoustic Research and Garrard - names that have long since vanished from the industry. In the 1970's Frisch opened a recording studio and in the 80s he began equipping and installing other studios. Even as he was involved with selling the latest gear, his memories of the extinct equipment, both domestic and professional, led him to begin collecting information and to developing a series of lectures and study guides on the "History of Magnetic Recording." These lectures on the history of audio technology were presented at numerous colleges from 1987 to 2002.

In the early 1990s Frisch increasingly focused his attention on the remarkable first two decades of commercial analog stereo recording, 1954-1974. His interest was greatly stimulated by the high quality remastered CD versions of the legendary audiophile recordings from the Mercury Living Presence and Everest 35 mm libraries, which were released in 1990-1994. The more he listened to those extraordinary recordings from the late 50s and early 60s, the more he began to have misgivings about digital recording as an acquisition system.

At the same time, his personal experiences as an engineer contributed to a growing realization that there were considerable quality differences between different brands of digital equipment and that most exhibited subtle sonic deficiencies. These were the years when digital was still being publicized as "perfect sound," but many engineers were beginning to have their doubts.

Frisch's journey backwards really took off when his teenage son put down his cello and became involved with techno and electronica in the mid-1990s. He began to bring home vinyl to sample new sounds from and he found his way to the early stereo percussion and exotica LPs that Frisch has listened to in the early 60s. So Frisch started listening again to all those vinyl records from his youth, and to his surprise he realized the truth of what his two musician sons were telling him - that they had a remarkably different sonic signature than the digital recordings that replaced them in the mass market.

By the end of the decade Frisch was fully immersed in the recordings of that earlier era and began to lecture on what could be learned from them. It was only a matter of time before the Internet made it possible for him to start acquiring much of the playback equipment and media from the 60s through 80s that he had discarded in his rush to embrace newer technologies. Starting in 1007/2008, Frisch began to set up these systems in his home and play both vinyl and pre-recorded tapes for family and friends. He was amazed at how positively they reacted. Something beyond nostalgia was happening here.

Frisch received so many comments on how life-life, big and real these 40-year-old media and electronics sounded. Yet the playback systems were all originally modestly priced. (He wishes he could afford the vintage tube electronics but can't play in that league - so he contents himself with the first generation of US made solid state consumer hi-fi and the later products that represent the "silver" period of high quality Japanese consumer electronics, 1975-1982.) Listening to tape,vinyl and high quality CD and SACD remasterings on them can be a most satisfying emotional experience.

And indeed, can we fully appreciate the analog music and recordings of that era if we only get to hear them on the most modern equipment? Doesn't the wide-range accuracy of contemporary playback equipment significantly alter the experience? Listeners frequently commented on how the older equipment rendered the sound so that it sounded like the way they had remembered it sounding and they implied that this was very different than what they had listened to in more recent years. Their reaction to the older systems was invariably positive and almost physical ("gut-feeling').

So Frisch decided it would be of some value to expose younger listeners to this particular combination of media and technology. Their reactions would not be colored by nostalgia. But having grown up in a digital environment, how would they respond?

That's what the Analog Listening Lounge is all about - challenging a new generation with a great variety of recordings (some of remarkable beauty and power, others that are just interesting or instructive) delivered through the modestly priced equipment that exemplified high fidelity in the years when "stereo" became an important component of mainstream culture.

Lewis Frish (Gotham Audio, The Bedford Consultancy) will informally discuss many interesting aspects of recordings mainly from the 1950s, 60s and early 70s, demonstrating how these sounded when played back through some of the modestly priced integrated systems, components and speakers that were common in apartments, college dorm rooms, and middle class homes during the 60s, 70s and early 80s. 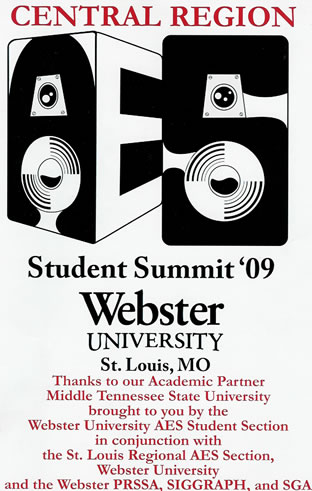 The Analog Listening Lounge: Where YOU can...

Check out the integrated systems from KLH that dominated the market in the early and mid-1960s.

Enjoy a variety of speakers from KLH, Acoustic Research and Dynaco powered by Sansui and Technics amplifiers from the "silver" era of the late 1970s and early 1980s. Marvel at the high quality design and workmanship of an assortment of Japanese stereo components - such a contrast to our current culture's throwaway junk.

Browse our media and ask us to demo it for you. Choose among 2 and 4 track pre-recorded open reel tapes from the 50s and 60's, vinyl and high quality remastered CDs.

Listen to the Mercury Living Presence recordings and experience the sound that daily creates bidding wars on Ebay for 50-year-old tapes and new SACDs.

Spend quality time with SACD versions of some classic recordings. Experience a careful re-mastering combined with a digital format that succeeds in conveying the essential beauty of some of the best analog recordings ever produced. You'll find some impressive jazz and classical gems in our collection.

Ask us to play you our favorite tracks that show off the beauty and emotional power of analog recording and this vintage equipment.