Under the direction of Dr. Jack P. Greene, he authored groundbreaking papers on the social structure of Colonial Charleston, South Carolina in 1968 and 1969.

He migrated to Atlanta, Georgia at the end of 1973 and launched a new career in audio engineering and professional audio equipment sales. After 28 years in Atlanta he returned to the northeast in September 2001, settling in Nazareth, Pennsylvania. There was much in the Lehigh Valley that reminded him of 1970s Baltimore, but the spotlessly clean alleys of Nazareth were quite a contrast to the rat infested by-ways of Baltimore.

Rat Hunting is a ninety page reflection on his years in Baltimore and his experiences as a Program Manager for the Baltimore City Department of Housing and Community Development. It mixes Baltimore politics, urban renewal, the Oriole Way and National Bo with tales of Rattus norvegicus, the most destructive animal known to man. The result is an always entertaining, yet pointed commentary on life in Charm City, baseball and the failures of the American political system during the last quarter of the 20th Century.

There is so much we can learn from the rust-belt cities of America. From Scranton and Wilkes-Barre, from Buffalo and Bethlehem, from Baltimore and Erie and Allentown, and dozens of the other casualties of post-industrial America. All these cities speak with a common voice, calling upon us to remember our ancestors, their simple values and hard work, their willingness to sacrifice for the common good and future generations.

The writing of “Rat Hunting” was completed in October 2002. For its third printing in 2019, we had it professionally laid out and produced. It now looks as good as it reads. The 2019 printing features a new forward, epilogue, full color cover and illustrations. Time has only served to prove that many of the conclusions offered in 2002 were indeed prophetic. 17 years after the original research, they largely remain both disturbing and valid.

Illustrated copies are available for a cost of $20.00 each. 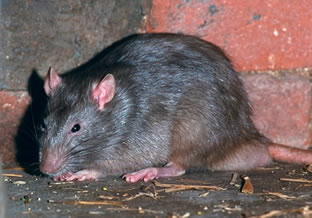