The Bedford Consultancy is an umbrella organization for the various professional activities of LEWIS E. FRISCH.

Lewis Frisch began his recording and broadcasting career in 1963, working for small radio stations during summer vacations and while attending college. He was the owner and chief engineer of an Atlanta recording studio from 1976 to 1980. Frisch then moved into professional audio equipment sales while also operating one of the region's first real-time cassette duplication facilities (1981-1988).

Among his more notable duplication clients were Greg Allman, Johnny Van Zandt, Mr. Crowe's Garden (Chris Robinson), Glenn Phillips, Jarboe (The Swans), The Swimming Pool Q's, Dreams So Real and The Georgia Satellites. His engineering credits include Col. Bruce Hampton's "One Ruined Life of a Bronze Tourist" (1978), which became a cult classic (re-released in 2000 on Terminus Records), a 1985 radio drama on the life of Langston Hughes for National Public Radio, the album "Skin Deep Yeah!" for percussionist David Earle Johnson which earned 4.5 stars from Downbeat in June 1981, and work with James Brown's sidemen Tony Cook and St. Clair Pinckney.

The Gotham organization traces its roots back to the New York based Gotham Audio Corporation, founded by Stephen Temmer in June 1958. Gotham Audio (USA) honors the legacy of the New York Gotham company , striving to preserve its history and continue its traditions of professionalism and excellence.

Prior to 2004, Frisch served as eastern regional sales manager for GEPCO International a Chicago-based manufacturer of audio and video cable, calling on studios, broadcasters and contractors from Maine to Florida.

He also worked extensively with broadcast and corporate clients including Turner Broadcasting, Crawford Communications, Six Flags, In Touch Ministries and Coca Cola. CTG provided a wide range of services to broadcasters during the 1996 Olympic games, most notably a round-the-clock warehouse/store which Frisch managed on behalf of GEPCO.

In many respects, the most memorable experiences in his long audio career were connected with his ten year association with AMEK, the English manufacturer of audio mixing consoles. He began his association with AMEK in 1984, while employed by Showcase Audio/Video Systems in Atlanta. Showcase Audio, under Frisch's management, was a leading AMEK dealer from 1985 to 1987.

The Bedford Consultancy originated as Bedford Audio Marketing in 1989 when Frisch phased out his retail business, Integrity Audio, and became a manufacturer's representative for AMEK and Bruel & Kjaer studio microphones.

Frisch has been a member of the Audio Engineering Society since 1981. Attending its annual conventions stimulated his interest in the history of recording technology, leading him to begin collecting information on this subject for presentation to interested professionals and students.

In 1983-1984 some of this material made its way into "Tape Tips," a syndicated weekly radio show that he co-hosted and co-produced. It was sponsored by "Soundd Investment - The Tape Warehouse," a nationally recognized dealer of magnetic media which Frisch managed. His interest in the subject increased during the years that followed when he helped revitalize the Atlanta section of the AES, serving as its Secretary from 1985 to 1987.

Frisch developed a series of college lectures on "The History of Magnetic Recording" that were first presented in 1987. In 1990, AMEK's Nick Franks agreed to sponsor these activities facilitating a great deal of additional research, reproduction of extensive source materials and travel for guest lecturing on the history of recording technology and audio engineering at numerous colleges in the Eastern US. These culminated in a full semester teaching a Survey of Music Technology course at Georgia Tech (2001).

By the mid-1990s, a growing disenchantment with digital technology led Frisch to focus his interests on the great recordings that had been made in the late 1950s and early 1960s. In the years that followed, the Internet greatly facilitated the acquisition of both recorded media and playback equipment from that era.

Once analog equipment seemed hopelessly out of date. Recording education programs were keen to focus on the latest and most commercially viable technologies. But as early as 1992, even as digital was becoming the entrenched technology, Frisch predicted the coming popularity of vintage gear and the strange refusal of tape, tubes and vinyl to vanish from our lives.

By 2009, he was convinced that students could indeed benefit from a better perspective on the virtues of these analog technologies. His thoughts on this subject resonated with Gary Gottlieb, who was building an innovative program in Audio Education at Webster University in Saint Louis. Gottlieb invited Frisch to participate in their student AES chapter's annual program for recording students from throughout the Midwest.

Presentations to the Central Regional AES Student Summit at Webster University in 2010 and 2011 centered on "The Analog Listening Lounge." The Lounge featured an array of vintage home playback equipment and it showcased the recordings from that first decade of stereo, 1956 - 1966. Source material included vintage Vinyl LPs, prerecorded 1/2 and 1/4 track tapes along with re-mastered CD and SACD versions of classic recordings. Students experienced what it was like to listen to this music on the modestly priced equipment that was popular during the years when High Fidelity and Stereo entered mainstream popular culture.

The Analog Listening Lounge laid the groundwork for the current focus of The Bedford Consultancy, namely BEDFORD VINTAGE HI-FI. It lives on at our new office in Nazareth, PA, where we maintain a fascinating collection of media and equipment highlighting the golden age of analog recording and reproduction.

ONE FINAL ASPECT OF THE BEDFORD CONSULTANCY:

There's more to life than Audio. Before he began recording country and western bands in 1975, Frisch wrote two ground-breaking papers on the history of Colonial Charleston and then taught elementary school in the City of Baltimore as an alternative to military service in the Vietnam War years. Once free from the Draft, he moved into government and served as a Program Manager for the Baltimore City Department of Housing and Community Development in the same community where he had taught 4th Grade. He relocated to Atlanta in 1974, married and raised three children there before returning to the Northeast in September 2001. His years in Baltimore became the theme for his 2002 essay, "Rat Hunting - A Baltimore Memoir."

"Rat Hunting" is a ninety page reflection on his years in Baltimore and his experiences as a Program Manager for the Baltimore City Department of Housing and Community Development. It mixes Baltimore politics, urban renewal, the Oriole Way and National Bo with tales of Rattus norvegicus, the most destructive animals known to man. The result is an always entertaining, yet pointed commentary on life in "Charm City," baseball and the failures of the American political system during the last quarter of the 20th Century. 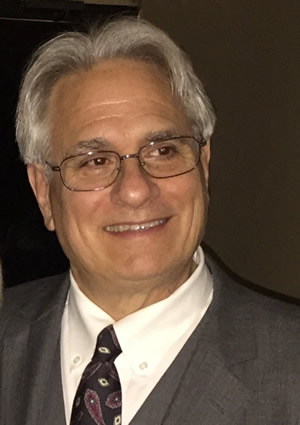